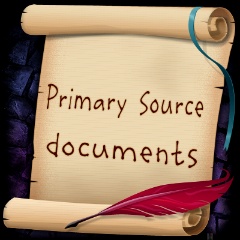 “You helped me start to put together the dots of the Source Documents.  I could never have found them because they are all over the place….  It was the efforts of all of your groups that have led to identifying the critical Source Documents.”
~ Anonymous FBI Whistleblower

These timestamps mark some of the key soundbites:

7:38  “Speaking for my agency, the average law enforcement officer has no clue what really is going on behind the scenes.”

13:05  Shocking insights about how mortgages and banking work….

23:38  “For me, going into the CRIS account, which is the Court Registry Investment System, people have no understanding how the judiciary has been looped in on this and monetarily benefits…. You’ve got to get into the direct treasury accounts, find out how they’re embezzling money from the average citizen.  That information is evidence that cannot be refuted.”

26:03  “It’s the ITNJ that can bring some legitimacy, and then you need that subpoena power so you can show the people, but more importantly so you can show law enforcement, how they have been deceived.”

The “Source Documents” are a series of acts and statutes and events uncovered via years of research into the congressional records by Private Attorney General Rod Class that lay out the fact that Americans today are living under a system of “legal” enslavement.  Rather than living under a truly representational system of governance – as we have been taught in school – we are regarded as the property of private businesses that masquerade as our government.  Proof of this fact can easily be verified by a quick glance at the US Code where, under Title 28 U.S.C. § 3002 (15a) it plainly states that the “United States” is a corporation.  That means it does not “represent” you at all – rather, it profits from you and your work… while making every effort to convince you that you live in a state of “freedom”.

We know that this situation reaches well beyond the confines of the “United States” – by which we mean:  the corporation that calls itself the “United States” – and indeed extends into almost every “country” on the planet.  In light of this, the Natural Justice Academy openly invites all those who are ready to bring their pieces of the puzzle together, so that we can learn and reveal the unique ways that the many “nations” of the world are profiteering from the theft of the people’s time and labor, under the guise of “representational government”.

To quickly break this down, the Source Documents reveal the following:

For all of the above to take place, the system relies on our “tacit” consent, which is very important because this shows us that the system cannot afford to tell us the truth.  We have been operating as commercial employees, commodities, and enemies of the state under undisclosed contracts that the people would never accept under conditions of full disclosure.  To learn the timeline regarding where these contracts come from and how they were implemented, listen to Rod Class’s AIB Show, episode 861, and read the accompanying transcript:

When you have corporate court systems and corporate prisons profiteering off of the enforcement of corporate policy masquerading as “constitutional rule of law”, then you have a slavery system.  Slavery, after all, is when you are forced to work yourself to death – where you are treated like a disposable battery to be used up and thrown away, violently coerced to perform whatever task the “master” decides, no matter how pointless, painful, or unconscionable it may be.  This is how we have all been treated – some of the prisoners may have nicer “cells” than others, but in the final analysis we are quite literally held at gunpoint to “do commerce” for people who we never voted for and who we most likely will never meet (again, under contracts that no one told us about).

Now, before we start to feel defeated, let’s take note of something very important:  despite all of the above, the corporate “government” still has to convince us that we are a free people living in a democratic society.  The fact that they have to resort to such profound measures of deception in order to keep the show going tells us that they cannot afford to have too many people discover the truth.

For if more of us knew the truth then we would lose our complacency, we would stop feeding the system, and we would demand accountability.