The United States is still A British colony, Guess who owns the UN? Caveat Redemptor 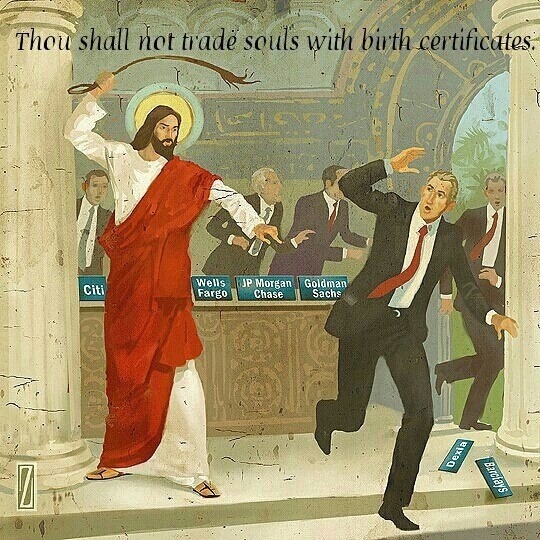 The “United States” did not declare Independence from Great Britain or King George. *
We have One World Government, One World Law and a One World Monetary System.
*The UN is a One World Super Government*
The IRS is not a U.S. Government Agency.

Social Security Numbers are issued by the UN through the IMF. The Application for a Social Security Number is the SS5 form. The Department of the Treasury (IMF) issues the SS5 not the Social Security Administration. The new SS5 forms do not state who or what publishes them, the earlier SS5 forms state that they are Department of the Treasury forms. You can get a copy of the SS5 you filled out by sending form SSA-L996 to the SS Administration. (20 CFR chapter 111, subpart B 422.103 (b) (2) (2) Read the cites above)

No one on this planet has ever been free. This planet is a Slave Colony. There has always been a One World Government. It is just that now it is much better organized and has changed its name as of 1945 to the United Nations. *
New York City is defined in the Federal Regulations as the United Nations. Rudolph Gulliani stated on C-Span that “New York City was the capital of the World” and he was correct. (20 CFR chapter 111, subpart B 422.103 (b) (2) (2)
Social Security is not insurance or a contract, nor is there a Trust Fund. (Helvering v. Davis 301 US 619, Steward Co. V. Davis 301 US 548.)

Your Social Security check comes directly from the IMF which is an Agency of the UN. (Look at it if you receive one. It should have written on the top left United States Treasury.)
You own no property, slaves can’t own property. Read the Deed to the property that you think is yours. You are listed as a Tenant. (Senate Document 43, 73rd Congress 1st Session)
The most powerful court in America is not the United States Supreme Court but, the Supreme Court of Pennsylvania. (42 Pa.C.S.A. 502)

The Revolutionary War was a fraud. See (22, 23 and 24)
The King of England financially backed both sides of the Revolutionary war. (Treaty at Versailles July 16, 1782, Treaty of Peace 8 Stat 80)

You can not use the Constitution to defend yourself because you are not a party to it. (Padelford Fay & Co. v. The Mayor and Alderman of The City of Savannah 14 Georgia 438, 520)
America is a British Colony. (THE UNITED STATES IS A CORPORATION, NOT A LAND MASS AND IT EXISTED BEFORE THE REVOLUTIONARY WAR AND THE BRITISH TROOPS DID NOT LEAVE UNTIL 1796.) Respublica v. Sweers 1 Dallas 43, Treaty of Commerce 8 Stat 116, The Society for Propagating the Gospel, &c. V. New Haven 8 Wheat 464, Treaty of Peace 8 Stat 80, IRS Publication 6209, Articles of Association October 20, 1774.)
Britain is owned by the Vatican. (Treaty of 1213)

The Pope can abolish any law in the United States. (Elements of Ecclesiastical Law Vol.1 53-54)
A 1040 form is for tribute paid to Britain. (IRS Publication 6209)
The Pope claims to own the entire planet through the laws of conquest and discovery. (Papal Bulls of 1455 and 1493)

Military Dictator George Washington divided the States (Estates) into Districts. (Messages and papers of the Presidents Vo 1, pg 99. Websters 1828 dictionary for definition of Estate.)
“The People” does not include you and me. (Barron v. Mayor & City Council of Baltimore. 32 U.S. 243)
The United States Government was not founded upon Christianity. (Treaty of Tripoli 8 Stat 154.)
It is not the duty of the police to protect you. Their job is to protect the Corporation and arrest code breakers. Sapp v. Tallahasee, 348 So. 2nd. 363, Reiff v. City of Philadelphia, 477 F.Supp. 1262, Lynch v. N.C. Dept of Justice 376 S.E. 2nd. 247.

Everything in the “United States” is For Sale: roads, bridges, schools, hospitals, water, prisons airports etc. I wonder who bought Klamath lake. Did anyone take the time to check? (Executive Order 12803)
We are Human capital. (Executive Order 13037)
The UN has financed the operations of the United States government for over 50 years and now owns every man, women and child in America. The UN also holds all of the Land in America in Fee Simple. *
The good news is we don’t have to fulfill “our” fictitious obligations. You can discharge a fictitious obligation with another’s fictitious obligation. *

The depression and World War II were a total farce. The United States and various other companies were making loans to others all over the World during the Depression. The building of Germanys infrastructure in the 1930’s including the Railroads was financed by the United States. That way those who call themselves “Kings,” “Prime Ministers,” and “Fuher,”etc could sit back and play a game of chess using real people. Think of all of the Americans, Germans etc. who gave their lives thinking they were defending their Countries which didn’t even exist. The millions of innocent people who died for nothing. Isn’t it obvious why Switzerland is never involved in these fiascoes? That is where the “Bank of International Settlements” is located. Wars are manufactured to keep your eye off the ball. You have to have an enemy to keep the illusion of “Government” in place. *
The “United States” did not declare Independence from Great Britain or King George. *
Guess who owns the UN?
Caveat Redemptor – Verify for yourself
Caveat Redemptor

The President is hereby authorized to accept membership for the United States in the International Monetary Fund (hereinafter referred to as the “Fund”), and in the International Bank for Reconstruction and Development (hereinafter referred to as the “Bank”)
We are quickly losing all possibility of living.. Having a bank account with a Federal Reserve Bank is the key to loss of all rights a sovereign otherwise has.

On the isle of Kaua’i, there are a handfull of “Western Union” agents, all of which are perfectly happy to accept a handfull of cash in exchange for issuing a Commercial Cheque which has printed on it the words “Money Order”, but which is not a true Money Order. One second after their selling me that piece of paper, they will ech and every one of them, refuse to then too cash that for me.

The United States Postal Service actually sells Money Orders, however they’ve just changed policy as of some time before Mon Mar 19 15:51:53 HST 2007 with respect to their refunds of lost money orders. (Shall we ask which corporation is responsible for losing those money orders in “the mail”?) For a fee of U.S.$3.50 they used to return either a photocopy of the cashed money order you inquired about, or if it had not yet been cashed (e.g. lost), they would issue a replacement money order to the originator of the original money order. No more! Now they issue as a “refund” a commercial cheque which

The International Monetary Fund, AKA “The Bank” is the parent organization of the U.N. which is over the Federal Reserve System which owns The United States, Inc., which has subsidiary corporations known as “The State of _” which sublicenses corporations such as Trusts and Commercial Corporations. Appearantly they aren’t satisfied with their profit levels from printing fiat currency, and have begun a campaign under the color of law against their competition… i.e. they are moving more towards being a Monopoly, a monopoly capable of imposing that: “…

THE UNITED STATES IS STILL A BRITISH COLONY

IS STILL A BRITISH COLONY
EXTORTING
TAXES FOR THE CROWN!
A DOCUMENTARY REVIEW
OF CHARTERS AND TREATIES
August 17, 1996