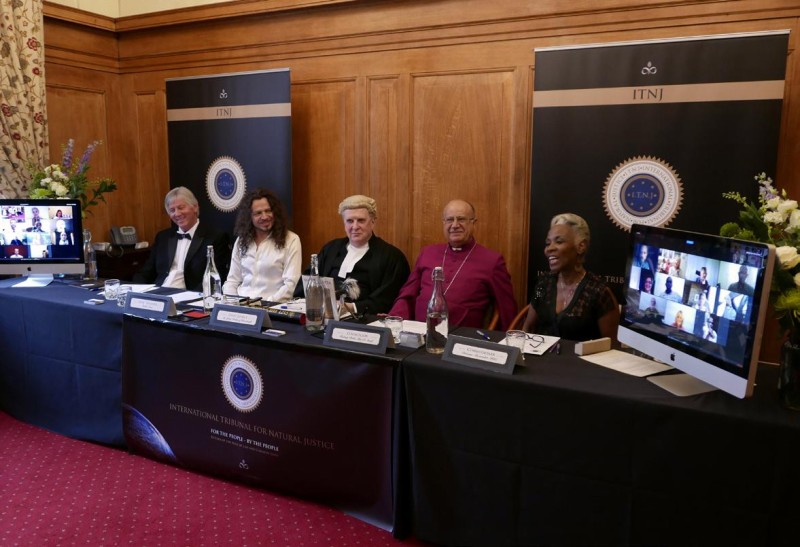 On 15 June 2015 the Ceremonial Seating of the International Tribunal for Natural Justice took place at Westminster Central Hall, London, England.

This historic occasion was announced and celebrated on the evening of 14 June 2015 at Notting Hill, London.

The ITNJ Inauguration Celebration was officiated by:

Video messages were also delivered from representatives of an array of international chapters of the Committee to Support the ITNJ, including South Africa, East Africa, India, Scandinavia, and Russia, and representatives of some chapters attended the event.  International observers were also in attendance, including ambassadors, parliamentarians and religious leaders.  In all, over 300 people witnessed the events on the eve of the Ceremonial Seating of the ITNJ and ratified the ITNJ Treaty.

A New Jurisdiction Has Been Created

The Ceremonial Seating of the ITNJ and the formal ratification, signing and sealing of the Treaty and Constitution of the International Tribunal for Natural Justice took place on 15 June at Westminster Central Hall in London, 800 years to the day after the Magna Carta was sealed into law.  Thirty people were present in situ for that event, members of the International ITNJ team were present via video-conference, and over one thousand observers witnessed the event via live-stream broadcast.

A new jurisdiction in law has now been created for the People, by the People whose signatures ratifying the ITNJ Treaty mandated the creation of the International Tribunal for Natural Justice.